Dear film students and first-time filmmakers: Every year in every single film school all over the U.S.A. film students are doing the same things over and over and over, and their poor film instructors have to sit through it dozens upon dozens of times. I’m not making this list to poke fun at your ideas or disparage you in any way, but rather to challenge you to be aware that your first instincts may not always be the most interesting. And, I admit, I want to save film production teachers everywhere from terrible boredom. 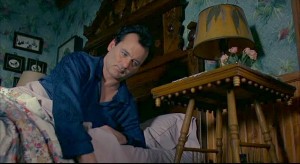 1.) The Protagonist Wakes Up: The alarm clock goes off, she hits the snooze button, or her eyes flutter open and she rolls out of bed. Maybe she’s late and has to rush to get ready! Makes sense, right? That’s how most of us start our days, so what a logical way to start a film! The problem is everyone has thought of it. A film is much better at sucking you in immediately if you start in mid-action, or hey, even mid-sentence of dialogue! Or with something else that is uniquely yours. The first ten minutes of a movie are critical to grabbing your audience. Don’t waste time on “He gets out of bed, showers, etc., etc.” Unless you’re making Groundhog Day, don’t make your film instructor watch this scene again, and again, and again… 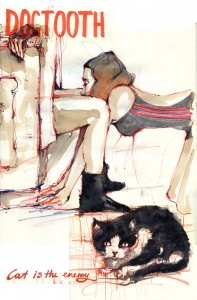 2.) Parents Just Don’t Understand: I get it. You’re 19 or 20. Almost everyone at that age thinks his parents are in opposition to him. But by the time you’re 25 or 26 that plotline becomes increasingly played out. The conflict between parents and young adults is only truly engaging if there’s a twist or it’s taken to an odd extreme. Like in the movie Dogtooth, for example, where the father controls his teenage children by conditioning them throughout their entire lives to believe that if they step beyond the walls surrounding their home their faces will be torn off by cats. Now that’s pretty interesting! Just being nagged to go to college or get a job? Not so much. Coming of age stories can be good, but only when they offer something enlightening, funny, surprising or horrifying to the audience. 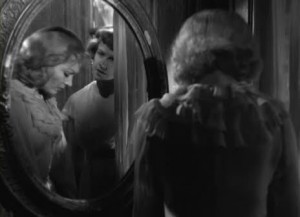 3.) Meaningless Mirror Shot: Unless the protagonist is going to fall through the looking glass, watch herself transform in a surprising way, or it plays a critical role in the plot, shots in the mirror are pretty ubiquitously meaningless. It’s fun to compose and looks kinda cool, but is it really necessary? 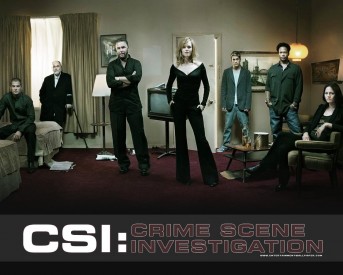 4.) Ripping Off TV: You know the tropes, right? The heavy-handed music that punctuates tension-filled scenes where the protagonist is about to uncover a critical plot point. A gunman stands right around the corner ready to take someone down. If you want a career in bad TV, by all means go for it! But if you don’t, please don’t mimic it. While I’m at it, let me just point out that while mimicking your favorite director’s style is a great film exercise, it does not a great film make. You can’t do Quentin Tarantino as well as Quentin Tarantino, so why not just be yourself? So… bad TV is already terrible. Doing it on a student film budget with all actors under 20 just makes it so much worse. Which brings me to…. 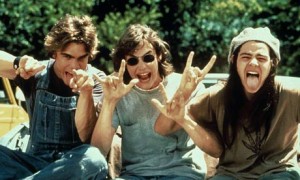 5.) Age-ism: All your friends want to be in your movies! That’s great! If they can act. But also be aware that most good films have characters in them that are not all your own age or your same ethnic and socio-economic background. Cast those hardworking actors out there who’ve been at it for a while! Create great parts for them! Don’t be intimidated by directing someone older or different than you. Don’t get me wrong, a movie about all young adults can be great (just look at half the films made in the 1980s)! But don’t cast a 20 year old as a hotshot lawyer. Don’t cast a 25-year-old woman as the mother of a teenager. Expand your reach. Hold auditions. Don’t just depend upon your immediate circle of acquaintances. 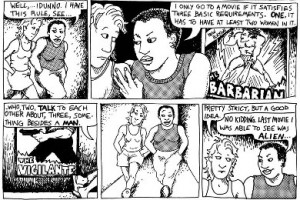 6.) Sexism: Have you heard of the Bechdel Test? Get to know it. What is now known as the Bechdel test was introduced in Alison Bechdel’s 1985 comic wherein an unnamed female character says that she only watches a movie if it satisfies the following requirements:

If you are going to write a female character, please make her fully human and not just an object of desire or placeholder for a generalized archetype. And also be aware of what Filmmaker Thomas Keith calls ”The Bro Code.” “…the message Keith uncovers in virtually every corner of our ‘entertainment’ culture is clear: that it’s not only normal — but cool — for boys and men to control and humiliate women. Along the way, The Bro Code makes a powerful case that there’s nothing normal, natural, or inevitable about this toxic ideal of American manhood, and challenges young people to fight back against the resurgent idea that being a ‘bro’ — and a man — means glorifying sexism, bullying, and abuse.” Check out The Bro Code. 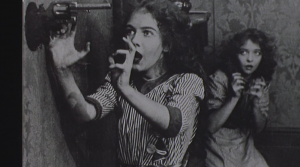 7.) Gratuitous Guns: Unless you’re making a movie about militia or cops or soldiers, why do you need a gun? Ask yourself, why? Can your movie do without it? And, actually, before the film geeks balk, Godard never said that all you need to make a movie is a girl and a gun. (http://www.thecinetourist.net/a-girl-and-a-gun.html)

Now this is not to say that you can’t use all of these clichés in one movie in a tongue-in-cheek, funny or ironic way. But consider that this has also been done. Many times. And if you don’t have the comedic chops of the Wayan Brothers, maybe you should hold off on that for now. Again, be yourself. Find your unique story, your own style (if that means brazenly including one of the above clichés with the full understanding that you are doing so, then so be it). Be aware of what came before you and watch everything with a critical eye. And don’t always trust your first idea. Tweak it. Twist it. Shape it into something that excites you and will grab your audience – and not bore your poor film instructor to tears. Also, don’t expect your first film or any of your student films to be your greatest work. But do take the opportunity now to take lots of creative chances and find out what you are capable of. Good luck!