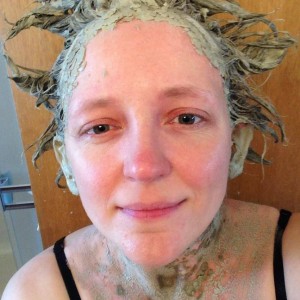 Kristie participates in many illicit occupations in order to support her nasty filmmaking habit, including producing award-wining documentary and narrative films, running various blogs and web sites, working as the former program director of the Z Film Festival and creator of the successful 72 Hour Feature Project.

She has attempted to elevate her intimate fascination with bodily functions and primal urges to the level of the avant-garde. In the process, she has received generous grants from such places as the Princess Grace Foundation, and the Film Society of Lincoln Center (New York), as well as a full scholarship from the School of the Art Institute of Chicago where she received her Master’s degree in Film and Video in 2001. Kristie’s work in film and video has been shown in dozens of festivals across the Americas, Europe, and Australia. She is the founding owner of Artvamp, LLC.

Kristie’s alter, Echo Transgression, appeared on MTV’s Sex2K, and is also the central character of Alshaibi’s first feature length digital film entitled Other People’s Mirrors. She has been a frequent contributor to $pread Magazine, has published her photography in Gourmet Magazine, the New York Times, and on Nerve.